Get the “FREE PFP” of PPAPE in the blockchain! 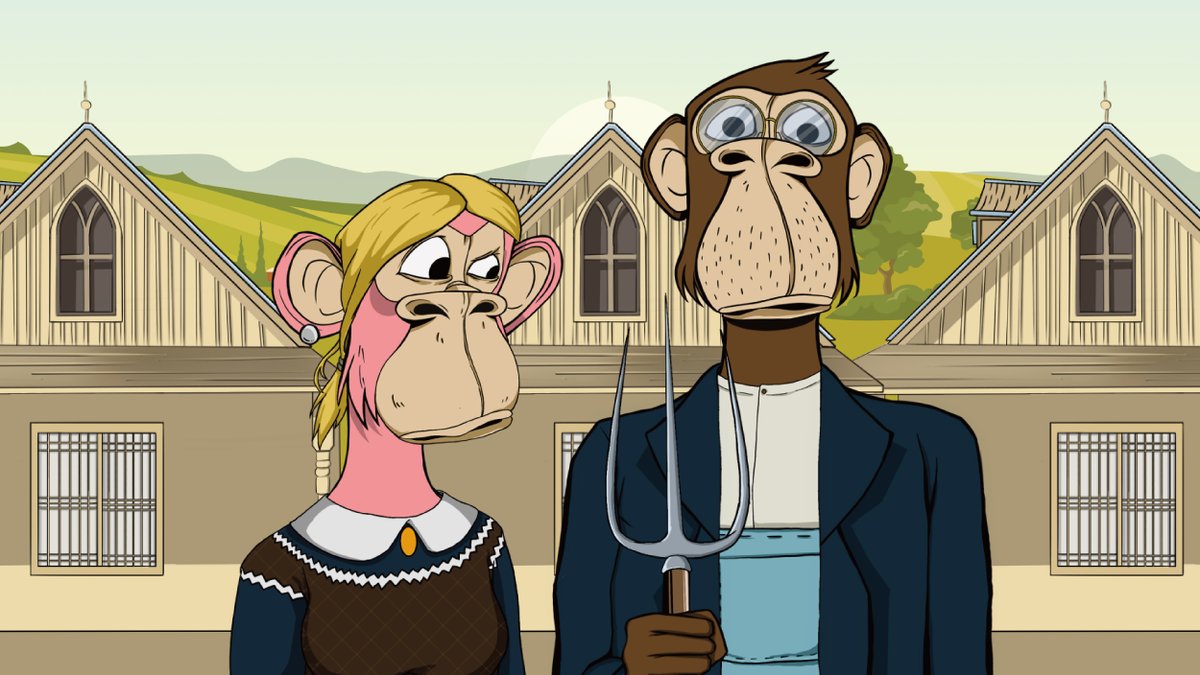 is a painting by Grant Wood in 1930, which depicts the absurdity of the NFT market “a structural absurdity, to put a Gothic-style window in such a flimsy frame house”.

, also a tribute to 2016 hit track ‘PPAP’ by PIKOTARO’. The pitchfork and fruit are the symbols to represent the absurd blockchain. Those facial expressions on NFT images like joyful, furious, and frustrated show the reactions when people are facing rug pulls in the crypto market.

Our ape characters are named

on the left is inspired by the fairytale Pied Piper of Hamelin, and

on the right is a tribute to the poet Alexander Pope on his quote “Fools rush in where angels fear to tread”.

Up to 2022, greed and fear still dominate humans to commit irrational acts, and the Tulip Mania of the 16th century is still active in the current blockchain. The only difference between now and then is that ancient people looked for solid bulbs while modern people seek the illusive numbers.

in the NFT world which created the Ape PFP! Get the free PFP of our NFT collection PPAPE, you can get double apes and a bonus house after crafting!


All kinds of amazing possibilities when getting the ape couple! 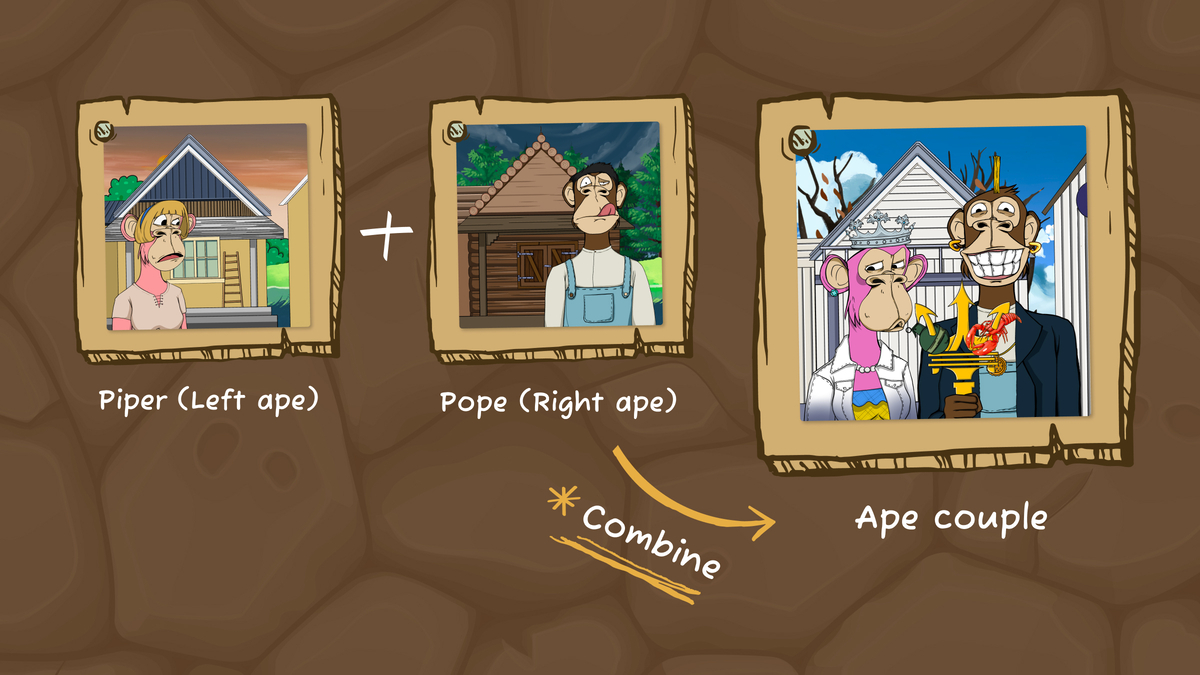 How does the crafting work?

There are 10,000 NFTs in total- 5000 Left Apes and 5000 Right Apes- You must combine one Left Ape and one Right Ape to complete crafting on our <Craft> page. When the crafting process is completed, you will get a new two-ape NFT which is randomly generated and the original two you owned will be burnt permanently. That is, the items on the two-ape NFT is not predictable and not guaranteed.