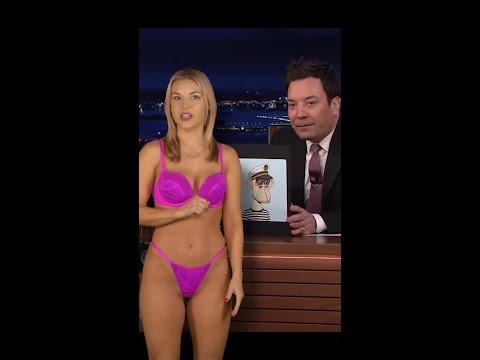 The proposed federal class-action suit alleges the stars promoted the non-fungible tokens without declaring they had financial interests in Yuga Labs, the company behind them.

In one example, Jimmy Fallon did a segment on The Tonight Show where he chatted about his own Bored Ape Yacht Club purchase. The lawsuit claims it was ACTUALLY a paid advertisement.

It definitely doesn’t help that some people’s investments are now only worth about TEN PERCENT of their original value!

Do you think celebs should have to reveal when they’re benefiting from something they’re endorsing? Seems like common sense but maybe that’s just me.

Let us know in the comments, and follow The Bikini Report for more daily headlines! What if the accusations against Bored Ape Yacht Club were true? #shorts